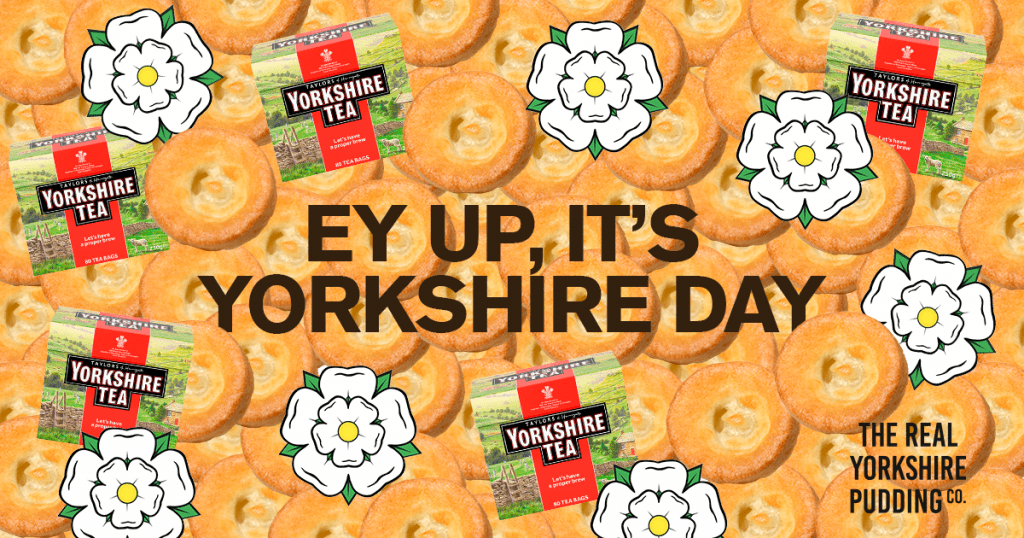 Ey up! Did you know it was Yorkshire Day on Sunday 1st August? In our humble opinion, it is one of the most important days in the calendar, closely behind Yorkshire Pudding Day on the 7th February (get that one in your diary). In honour of the occasion, we’re sharing some of the culinary delights that Yorkshire has given to the world. Coincidentally, most of these would make a delightful accompaniment with our Yorkshire Puds – win win.

Needless to say, these golden halos of joy will always be number one in our eyes. We won’t delve into their origins since we covered that recently. Let’s just say, the story has a happy ending. 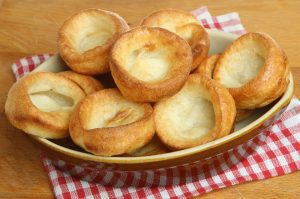 Anything that is so well-loved by Wallace and Gromit is good in our books. This crumbly yet creamy cheese has been made in North Yorkshire for around 1,000 years, and thanks to the shiny new factory built in 2015, exports worldwide. With a honey-flavoured undertone and a touch of acidity, Wensleydale paired with fruit is a match made in heaven. Better yet, pop them in your pud for a taste sensation.

This sweet treat dates back as early as the 16th century, brought to Pontefract for medicinal purposes by crusaders from the Middle East. Hence, the Pontefract Cake – see the connection? There is even an annual Pontefract Liquorice Festival to celebrate all things aniseed.

Once upon a time in the 19th century, West Yorkshire produced 90% of the world’s winter rhubarb. Yorkshire is still renowned for its production – so much so that a 9-mile area between Wakefield, Rothwell and Morely is known as the ‘Rhubarb Triangle’ and hosts an annual fruity festival. Incidentally, stewed rhubarb and ice cream in a Yorkshire pud make for a delightful dessert. 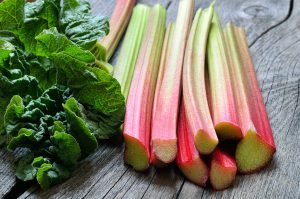 Did you even have a birthday party in the 80s or 90s if these Batley-born biscuits weren’t in attendance? Sadly, these pastel pops of perfection aren’t around as much as they used to be, but you can still pick them up in the supermarket for a burst of nostalgia.

The nation’s alcoholic drink of choice for nearly 150 years. Ginger beer was originally brewed in Yorkshire in the mid 1700s, but don’t let the name deceive you; it does not  actually count as a beer. The traditional production method is more or less the same as for beer, hence the name, but corners are often cut nowadays and it’s more commonly non-alcoholic.

What do you get if you mix a crumpet and a pancake? Hint: it’s not a crumcake or a petpan. Back in the day, pikelets were more like hard pancakes (yum…) but have thankfully evolved to have a crumpet-like texture thanks to baking powder. Just like a Yorkshire pud, jam and butter make excellent accompaniments for a pikelet. 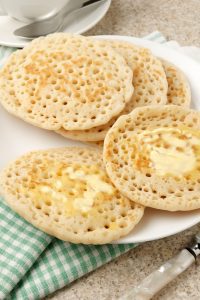 This traditional bonfire night treat is a deliciously dense combination of oats, black treacle and ginger. Unlike some of the globalised Yorkshire treats, parkin is virtually unknown in the south of England, nevermind further afield. It’s a cake that us Yorkshire folk hold dear to our heart (and can’t quite articulate why we are so precious about it…).

Step aside Worcestershire sauce, Henderson’s relish is where it’s at. First manufactured in Sheffield in 1885, you will still find this spicy yet fruity sauce in the cupboards of most Yorkshire natives. Although incredibly versatile, we’d highly recommend combining this with wensleydale cheese and a Yorkshire pud – YUM!

Invented by Charles Brook, these were originally supposed to be called C Brook but one terrible miscommunication later, the name stuck. Almost all of the potatoes used to produce these local delicacies are grown within a 50 mile radius of the Bradford office. Loaded question: what’s your favourite flavour? 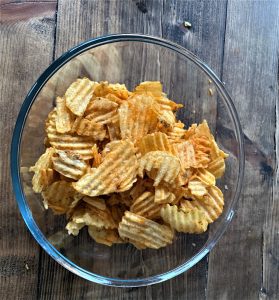 Yorkshire is responsible for many culinary delights that we still love today, whether they’re enjoyed worldwide or just in God’s own county. We’re proud everyday to spread the love and wonderful versatility of the humble Yorkshire pudding.

Make sure to follow us on Facebook or Instagram to support a Yorkshire born and bred business (and let’s be honest, see some excellent Yorkshire pudding memes).